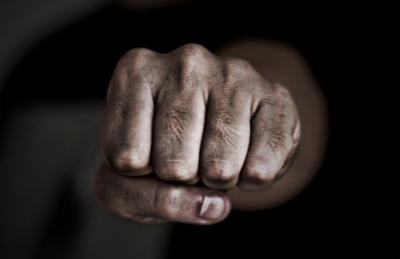 Melissa Davies, head of global marketing operations at SLI Systems, is a firm believer in predictive scoring. In fact, she now counts it among her “must-haves” in the marketing technology stack along with a CRM system and a marketing automation platform.  What makes her feel so strongly about predictive scoring? Fist fights.

You see Melissa was a marketing consultant for several years and led numerous lead scoring workshops. These workshops were often a one- or two-day event with key members of the marketing and sales teams in the room to agree on scoring values. (Should downloading a whitepaper receive more points than attending a webinar? Should a “head of IT” title garner more points than a “VP of IT” title?) More often than not these were not friendly meetings and in fact voices were often raised. But the one workshop that lives in infamy? A full-on fist fight between the head of sales and the head of marketing.

An Easier (and Safer) Path to Marketing and Sales Alignment

When Melissa learned about predictive scoring in late 2013 she knew it was the answer to avoiding future violence. With predictive scoring all of those negotiations about job titles or webinars versus whitepapers are taken out of the mix. Instead, the data does all the talking. It’s the easiest path to marketing and sales alignment she’s ever encountered and she’s now a firm believer in predictive marketing.

But it’s not just the lack of arguing that’s convinced her, it’s also the results she’s seen first hand at SLI Systems which she shared at the SiriusDecisions Summit in Nashville last week. One of her most recent successful campaigns married new-school predictive scoring with old-school direct mail with the result of a whopping 26 percent conversion rate from the prospect stage to the close-won stage. She’s been able to cut her cost per opportunity in half and exceed all of her marketing qualified lead (MQL) goals well ahead of schedule.

But the benefits didn’t stop there. By looking at account-level scores, SLI improved its territory planning. Melissa was also able to reduce her spend on events after learning that they weren’t highly predictive for SLI. Instead, she’s transferred her budget to producing more webinars, which were clearly highly predictive for closing deals.

The Icing on the Cake?

All of the automation that she’s put in place is freeing her up to take an actual vacation this fall: a walking trip across Scotland! Now that’s smart marketing.